Nathan Hoturoa Gray, (Ngāi Tahu, Rangitāne, Tainui [whāngai]) completed a Bachelor of Arts in International Relations, Post Graduate Diploma in Creative Writing, and a LLB (Honours) at Victoria University, Whitireia and on EAP Scholarship at the University of Davis, California.  After serving as a lawyer in California, Alaska and Saipan, Nathan became an adventure journalist exploring the social intricacies of over 80 countries.  His articles have appeared in National Geographic, TNT UK, Tū Mai Magazine and Hollywood's P3 Update.  His first book: First Pass Under Heaven - One Man's 4000km Trek along the Great Wall of China is a Penguin Best Seller.  Recently named in the top ten alternative travelogues ever written, the journey was also shown on the National Geographic Channel.  His second book: The Age of Fire looks at where the human species is heading into the future and his third book is about the excitement and controversy behind Brazil and the FIFA World Cup.  Nathan has made over 500 motivational speeches worldwide and has just released his fourth book: The End of Adolescence which showcases his best freelance journalism articles over the past twenty years.   Back in New Zealand he has most recently served terms on Te Waka Toi: the Maori Arts Board of Creative New Zealand and Ngā Taonga: Sound and Vision - New Zealand's foremost audio-visual archive.  He lectures study abroad programs for Michigan State University in New Zealand, Switzerland and Hawaii and his vision is to inspire others to audaciously follow their dreams spreading valued and authentic ideas out into the global community...
​
See www.greatwalldvd.com 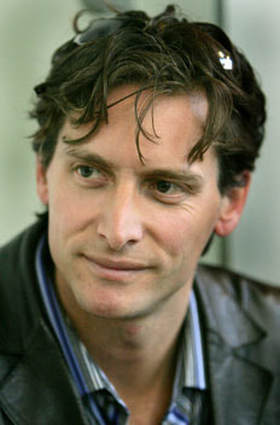